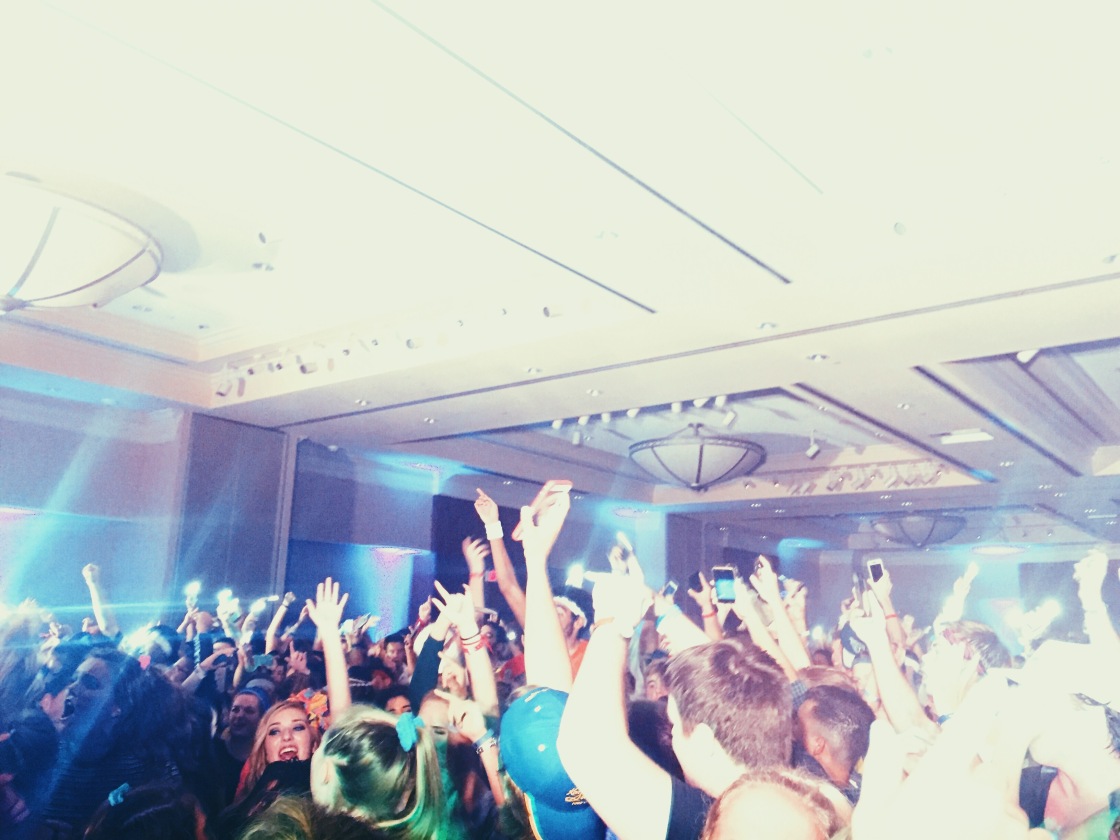 Leaving Home: The Art of Losing Oneself

One hundred sleepless roommates, two hundred restless parents dwelling on their goodbyes to our raging dancers.

One thousand. No, one thousand eight hundred souls have been ceremoniously but abruptly thrown into a swirling vat of heartbreak. The saddest part: none of them can know that what they feel is forgivable, identifiable, and undeniably alive in their immediate surroundings. For now, all they can hear is each other’s temporary muting devices: their excitement. The thundering, deafening pulse. Boom. Beat.

The caution I had taken just a year before at this dance was dramatically more present than the little-if-any nerves I had just a few days ago, at the same production. The committee for the freshmen’s celebratory week of arrival had decided on an eighties theme this year, and —delighted at the idea of bursting through the double doors as veterans, meeting the eyes of our newcomers looking both awesome and ridiculous — a group of friends and I had piled in the back of a Sion to the nearest thrift store to nab the most gaudy and obnoxious sweatsuits, blazers, and two-pieces. When we arrived, we made a point of strutting theatrically down the entry in our garb and posing for a picture or five, and no, we are not going to just “side-step” with you tonight, thank you. We would rather do the disco. Nothing held us back from embarrassing ourselves.

At one point, I had flowed into a group of friends that had broken from the masses for a cup of water and a plate of mixed fruit at the back of the room. Surrounded by the hot and sweaty, the fan hadn’t been proving itself to be much of a help. At only an hour in, our polyester windbreakers were tied limply around our waists. Laughing, brushing dampened hair from our foreheads. Smiling as we nibbled at a sugar cookie.

My group was returning to the clump, playfully scrambling and squeezing through a maze of dancers, yet found myself staying at its edge. The faces, the unfamiliar that were there. How could I have forgotten? It was just that afternoon that one of them had stopped me. I had handed her a box of tissues.

“I haven’t been feeling myself, here, y’know?” She had said. “I miss home, like, more than everyone else does. I just feel like everyone is having fun but me.”

“That is because you are only seeing them at their best.”

“I know how you feel, and I am so sorry you are sad. I’ve been there. Here’s what I’ve learned from it, though: I was seeing the others only when they had forgotten to miss home, when they were caught up in the excitement. I didn’t see them when they went back to their rooms and couldn’t sleep.”

The tears had stopped, but her eyes were still reddened.

“Listen, I can bet you that they are missing their loved ones back home, too, just as you are. What you are feeling is totally understandable, and very OK to feel.”

I saw her thinking as she looked at me.

Two hundred hands, ghost-like, thrown up to touch the spotlights as they played about the ceiling like comets. It was true, I remembered what that girl had felt, so vividly. Especially as I had stood at the back of the room, singular, observing like I had a only year before, noting how crazed we — then, “the human race,” but now I would say “we” — could allow ourselves to be when we momentarily berid of the past, and grasp nothing but the present (Dance with me, while I am not thinking of anything else but the Now. How peaceful it is, to be away from the silence!). If, I imagined, any of them had felt as melancholic as I had at this same dance one year ago, I could imagine this moment, as I watched it, to be almost spiritual.

A bold, resounding, harmonious piano intro cut through the crowd. People cheered, met each other’s eyes and gaped in exhilaration.

Of course, DJ. I wouldn’t have been able to help it, either.

“LIVING IN A LONELY WOOOOORLD!”

Others might have said that they wish they could’ve started it all over, that first year, and relaxed a little bit. Perhaps in some cases I would agree, but, I believe that my biggest problem was not simply  that I wasn’t comfortable, but I had faked that I actually was. How at ease my peers seemed. Spirited, outbursting, cool. No, if I could relive those first few weeks, I wish that I would to come to grips with the fact that my unease was not a rare, uncouth disorder, but instead omnipresent, and in need of mutual support for healing.

That time of my life felt so vast, unending. If only I would have known how at home, untouchable I would feel, after only months. I dove into the crowd, joining in with my friends once again. My shouting was likely damaging to my vocal chords, but in the moment I wasn’t caring.

Then the guitar solo that we — lost but unified — knew every note of.

Posts of This Month